Original article.  Amazing and accurate details in the video. 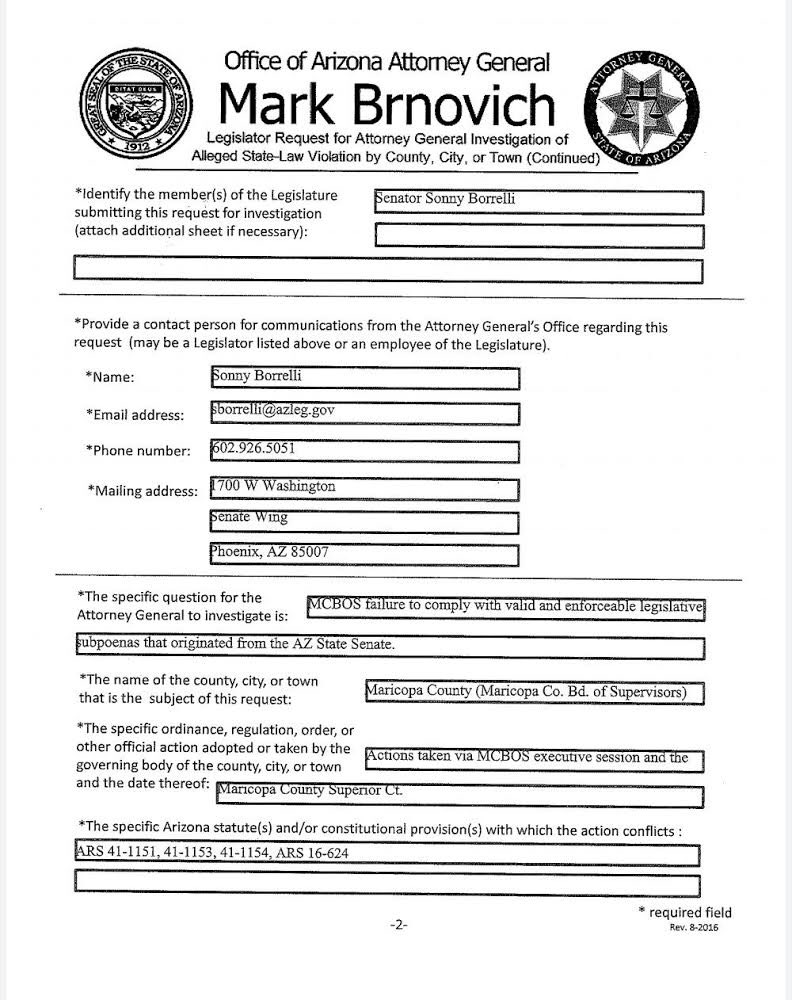 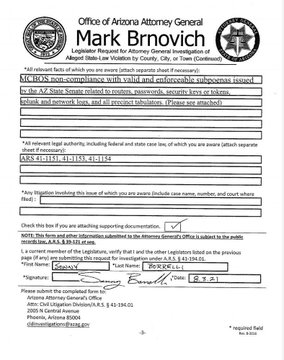 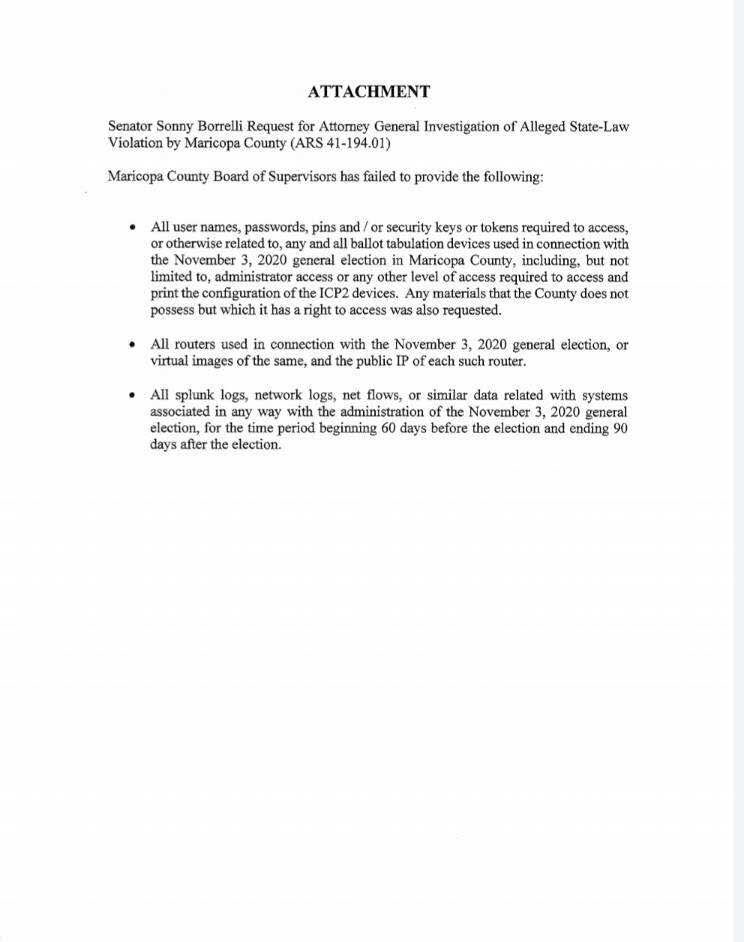 “The attorney general did send an amicus brief, if you will, when the county was challenging us on our subpoena,” the senator added.

Access to the routers and tabulation device passwords were both listed in the original subpoena issued in December and reissued in January, but Maricopa County and Dominion have not complied.

Maricopa County took the state Senate to court in December seeking to block enforcement of the subpoena.

The judge “should recognize the Arizona Legislature’s broad authority to issue and enforce legislative subpoenas,” wrote Brnovich aide, Michael Catlett, a deputy solicitor general, according to the Arizona Capitol Times.

In February, Thomason ruled the Arizona Senate has “broad constitutional power” to subpoena election-related materials, including those items listed in the subpoena.

Borrelli argued his 1487 request now serves the Maricopa County Board of Supervisors’ noncompliance up to Brnovich on a “silver platter.”

Asked how long he thinks it will take for Brnovich’s office to act on the 1487 request, Borrelli responded, “I’m hoping that we’ll see something within the next seven days.”

“This is pretty much handed to him on a silver platter,” Borrelli added. “Normally, this would take a 30-day window, but since he’s already weighed in on our favor with the courts, it’s already done.”

“It’s a no-brainer. The statute’s pretty clear: Contempt and disobedience of a subpoena is a class II misdemeanor,” the senator said, referring to Arizona Revised Statute 41-1154.

Class II misdemeanors carry a penalty of up to four months in jail and a $750 fine.

Borrelli also pointed out the attorney general can direct after 30 days that 10 percent of state-shared revenue to the county can be cut for not complying, which would be over $61 million.

“On top of that is the jail time and a personal fine,” he said, “which I hope they get all of it.”

This article appeared originally on The Western Journal.