Those who conduct forensic audits are racist, suggests the Biden DOJ, and may be imprisoned for up to a year. 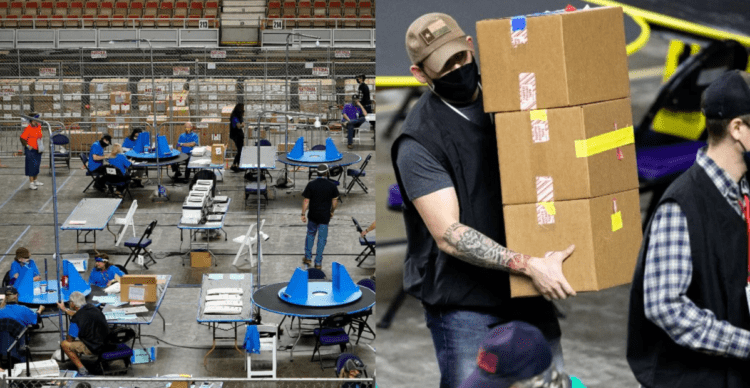 In a document the Biden regime Department of Justice is calling “guidance“, the agency repeats the often-mocked declaration that “The November 3rd election was the most secure in American history” and chastises supporters of election integrity for demanding “an unusual second round of examinations” in states with reports of widespread voter fraud. The agency then suggests these audits could violate the Civil Rights Act of 1960.

“There are federal or criminal penalties attached,” the Department of Justice asserts. They claim that those who arrange forensic audits of the 2020 election “can face fines of up to $1,000 and imprisonment of up to one year for each violation.” Then, their intimidating document suggests that these audits represent “intimidation”.

Arizona Rep. Mark Finchem, who is now running for Arizona Secretary of State to replace radical left wing Katie Hobbs, recently warned Biden administration Attorney General Merrick Garland against sending enforcers to the state of Arizona. “I got news for Merrick Garland, there’s this little thing called the Constitution,” said Finchem. “Article I, section IV, the times places and manner of holding election for senators and representatives… it is the legislature that has responsibility for nominating and naming the electors for President.”

Finchem added, “I would advise Merrick Garland and his team of thugs that now occupy the Department of Justice: Tread very lightly. Our attorney general, I spoke with their representative this morning, I’m not going to put him on the hook for anything, but you’re going to walk into a very surprising reception if you try to do anything in this state that interferes with legislative authority in handling our elections. Hard stop.”

After the Maricopa County Board of Supervisors refused to cooperate with the latest round of subpoenas that would allow the Arizona Audit to finally be completed, Arizona Sen. Wendy Rogers suggested the officials be arrested and held in solitary confinement. “I vote to arrest. Arrest and put them in solitary,” she continued, further wondering if there were enough “solitary confinement cells available in Arizona,” wrote Rogers. “We are going to need the lot.”