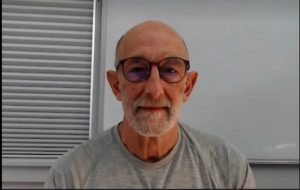 Clif High uses something he calls “Predictive Linguistics” and computer programs to sort through billions of bits of information on the Internet to predict future trends and events.  High is an Internet data mining expert who has many well-documented correct predictions.  His latest correct prediction was made last month here on USAWatchdog when he said the Biden door knocking campaign to harass people to take the CV19 injection would be “short lived” and “not to worry about it.”  Sure enough, the door knocking campaign unceremoniously stopped, and the Biden Administration has morphed this into the “get vaxed or get fired” campaign.  What does High say now?  “Again, this is short lived, and it is a propaganda campaign and not a legal move.  They don’t have the legal authority to do what they are trying to do.  What they are attempting to do is scare as many of the herd past that point of hesitancy before the whole thing is shut down,” says Clif High.

What about the FDA fast track approval for the CV19 Vax?  The Biden Administration has been saying the CV19 vax will go from “Emergency Use Authorization” (experimental) to FDA approved even with more reported deaths than all vaccinations combined.  High says don’t buy this.  The CV19 jabs will never be approved.  Clif explains, “There are legal prohibitions with an Emergency Use Authorization product.  This is not approved by the FDA.  As much as they are talking about it, I don’t think it will ever be approved by the FDA.  I don’t think events will get that far for a lot of different reasons. . . . This is a bluster.  They are doing exactly what they did with the ‘get vaxed or get fired’ as they did with the ‘door to door’ campaign.  This I know because of the nature of the linguistics that I run at its core for the emotional tension value of the data.  I can tell you right now there is more mass and more energy in words that are anti-Covid vax than there are words and energy that are pro-Covid vax.  This is a big problem for the mainstream media (MSM) as well as for the Biden regime.  They probably are aware of what I am saying, and they realize they are underwater.   If you polled, you would find that Covid is failing in the poll, and the vax is failing in the poll if you could get an accurate poll number. . . .  This is a move of desperation on their part and not a move of strength.”

The U.S. Military just said all personnel will be forced to be vaccinated with the CV19 vax.  Once again, High says, “The military will not be forcing a vax on our troops.”  High predicted this on the day of our interview, and the next day  the military said it will give exemptions to anyone who does not want to get vaxed.  In other words, there will be no forced vaccinations.   That’s another correct prediction by High.  Cliff High says, in short, “Don’t get vaxed.”

Clif High says there has been a covert war going on between the Deep State globalists and our own military.  High says it’s all about to spill over into the streets for all to see.  High says, “The United States has been attacked.  I am going to echo Donald Trump’s words and say it is a greater attack than we suffered at Pearl Harbor.  It’s greater than 9/11.  This attack has initiated a war.  We are in that war now. . . .We are in a war that is going to bust out into the open such that everybody that lives in normal land will start to become aware of the massive amounts of things that have been hidden from them as well as the implications of this war.  Our military is still occupied by the people that have infiltrated the United States.  They came in and infiltrated, not invaded. . . . We have two Presidents, and we have two militaries.”

Clif High goes into deep detail about this covert war that is about to get put out in the open for all to see.  High talks about Mike Lindell and says that he will be remembered as a hero for working so hard on exposing the national voter fraud issues.  High says there was massive fraud going all the way down to the local levels.  High will also talk about Bitcoin and will tell you where it is going as well as gold and silver.  High will explain why the “election steal” had to go through.  He will talk about more data with the harmful effects of the CV19 injections.  High talks about the good and bad news with President Donald Trump being restored to the White House.  High will also cover mass treason in the USA and why many may end up in jail or worse for treason for helping China attack America.

This is an all-encompassing interview about where America stands now and where it is going according to the data Clif High is digging up.

Join Greg Hunter of USAWatchdog.com as he goes One-on-One with data mining expert Clif High, and he gives us an update as well as predicting future events and trends.

(Program Note:  What is written here is a fraction of what is in this 1 hour and 24 min. interview.  Because of the length of this in-depth interview, this will take the place of the Weekly News Wrap-Up on 8/13/21) 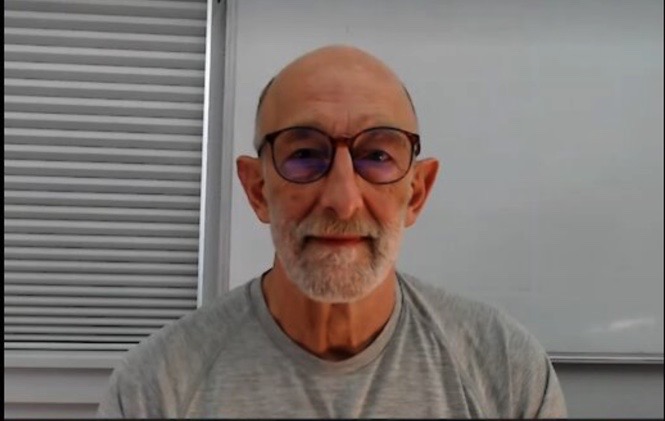