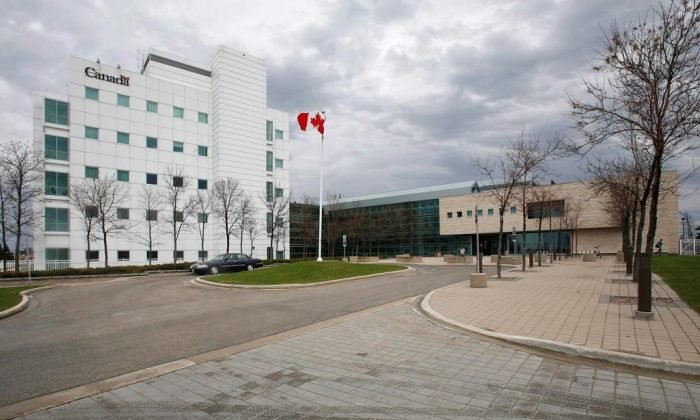 Henipah was one of the two types of viruses sent to China by Chinese-born scientists from a Canadian laboratory at the centre of a controversy over the firing of the scientists and collaboration with Chinese military researchers. It is not clear whether the virus found in the Chinese samples is related to the virus samples sent by the Canadian lab, which were shipped in late March 2019.

The finding was confirmed for The Epoch Times by another qualified scientist.

The evidence was first found by Dr. Steven Quay, a Seattle-based physician-scientist and former faculty member at the Stanford University School of Medicine, who looked at early COVID-19 samples uploaded by scientists at the Wuhan Institute of Virology (WIV) shortly after China informed the World Health Organization about the SARS-CoV-2 outbreak.

The samples from the patients, who reportedly were found to have the “unknown pneumonia” in December 2019, were uploaded to the genetic sequence database, GenBank, on the website of the U.S. National Institute of Health (NIH).

Quay says that while other scientists around the world were mostly interested in examining the genome of SARS-CoV-2 in the samples uploaded by the WIV scientists, he wanted to see what else was in the samples collected from the patients.

So he collaborated with a few other scientists to analyze sequences from the samples.

“We started fishing inside for weird things,” Quay told The Epoch Times.

What they found, he says, are the results of what could likely be contamination from different experiments in the lab making their way into the samples, as well as evidence of Henipah virus.

“We found genetic manipulation of the Nipah virus, which is more lethal than Ebola.” Nipah is a type of Henipah virus.

The Epoch Times asked Joe Wang, PhD, who formerly spearheaded a vaccine development program for SARS in Canada with one of the world’s leading pharmaceutical companies, to verify the finding. Wang is currently the president of NTD Television Canada, the sister company of The Epoch Times in Canada.

After examining the evidence, Wang said he was able to replicate Quay’s findings on the Henipah virus. He explains that the genetic manipulation of the virus was likely for the purposes of vaccine development.

Documents released by the Canadian government state WIV’s intended use of the virus samples sent by Canada as “stock virus culturing,” which in simpler terms means storage of the viruses while keeping them alive. Genetic manipulation would not be within the scope of this description.

The firing of Chinese-born scientist Xiangguo Qiu and her husband, Keding Cheng, from the National Microbiology laboratory (NML) in Winnipeg has been the subject of much controversy in Canada, with opposition parties pressing the government for more details on the case, and the government refusing to release information citing national security and privacy concerns.

Qiu and Cheng along with several Chinese students were escorted out of NML, Canada’s only Level 4 lab, in July 2019, amid a police investigation. The two scientists were formally fired in January 2021.

The Public Health Agency of Canada (PHAC), which is in charge of NML, said the termination was the result of an “administrative matter” and “possible breaches of security protocols,” but has declined to provide further details, citing security and privacy concerns.

During her time at NML, Qiu travelled several times in an official capacity to WIV, helping train personnel on Level 4 safety. The Globe and Mail later reported that scientists at NML have been collaborating with Chinese military researchers on deadly pathogens, and that one of the Chinese military researchers worked at the high-security Winnipeg lab for a period of time.

Documents and emails released by PHAC show that the shipment of Henipah and Ebola samples was done with the permission of NML authorities.

In one of the emails sent in September 2018, David Safronetz, chief of special pathogens at PHAC, informs then-head of NML Matthew Gilmour and other lab administrators about the request from WIV for the shipment of the samples, saying “I trust the lab.”

In response, Gilmour asks about the nature of the work that will be done at the Wuhan lab, and why the lab doesn’t get the material from “other, more local labs.” He also tells Safronetz that it’s “good to know that you trust this group,” asking how NML was connected with them.

In his reply, Safronetz doesn’t specifically say what the samples will be used for in China, but notes they will only be sent once all paperwork and certification is completed. He also says the WIV is requesting the material from NML “due to collaboration” with Qiu.

He adds, “Historically, it’s also been easier to obtain material from us as opposed to US labs. I don’t think other, closer labs have the ability to ship these materials.”

Gilmour resigned from his position at NML in May 2020 and joined a UK-based bioresearch company.

MPs have asked NML management why shipment of the samples was allowed and whether they knew if China performs any Gain of Function (GoF) research at WIV. GoF research involves increasing the lethal level (virulence) or transmissibility of pathogens.

NML’s acting scientific director general Guillaume Poliquin told MPs during a parliamentary committee meeting on March 22 that the lab only sent the samples to WIV after receiving assurance that no GoF research would take place.

Conservative MP John Williamson pressed for more answers, saying the word of the state-run Chinese lab can’t be trusted as the Chinese regime “has a history of theft and lies.”

The issue of GoF research at WIV has been a point of contention in the United States between lawmakers and Dr. Anthony Fauci, NIH’s head of the National Institute of Allergy and Infectious Diseases, whose organization has funded research (through EcoHealth Alliance) on coronaviruses at the Wuhan lab. U.S. Sen. Rand Paul says published work from WIV on coronaviruses shows the lab is conducting GoF research, a charge Fauci denies.

The Epoch Times sought comment from PHAC, including as to how the agency addressed issues of intellectual property and the development of any products such as vaccines with WIV, but didn’t hear back by time of publication.

Despite repeated requests by opposition parties for more details related to the firing of the two NML scientists, the Liberal government has refused to provide records, saying there are national security and privacy concerns.

After the House of Commons issued an order for the government to disclose the information, the government took the Speaker of the House to court to obtain confirmation from a judge that it can withhold the documents. The government later dropped its court case once Prime Minister Justin Trudeau called an election and Parliament was dissolved.