Conservative election integrity group True The Vote has been conducting a months-long massive and clandestine voter fraud investigation into the 2020 presidential election, the results of which may soon start coming out, Breitbart News has learned exclusively.

A document that the group’s founder Catherine Engelbrecht circulated to prospective donors, obtained by Breitbart News, details several facets of the investigation—which centers on what the group describes as the collection of cell phone GPS ping data in key election hotspots around the country including Georgia, Arizona, Wisconsin, Pennsylvania, and Michigan. 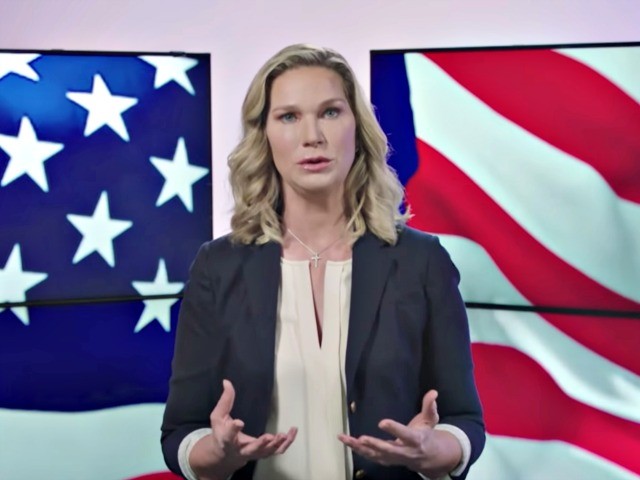 Catherine Englebrecht for True The Vote

When reached and asked to comment on the forthcoming investigation, Engelbrecht confirmed the authenticity of the document and its contents but declined further comment at this time.

“From this we have thus far developed precise patterns of life for 242 suspected ballot traffickers in Georgia and 202 traffickers in Arizona,” True The Vote’s document says. “According to the data, each trafficker went to an average of 23 ballot dropboxes.”

In other words, what the document says is that True The Vote was able to take cell phone ping data on a mass wide scale and piece together that several people—suspected ballot harvesters—were making multiple trips to multiple drop boxes, raising potential legal questions in a number of these states. 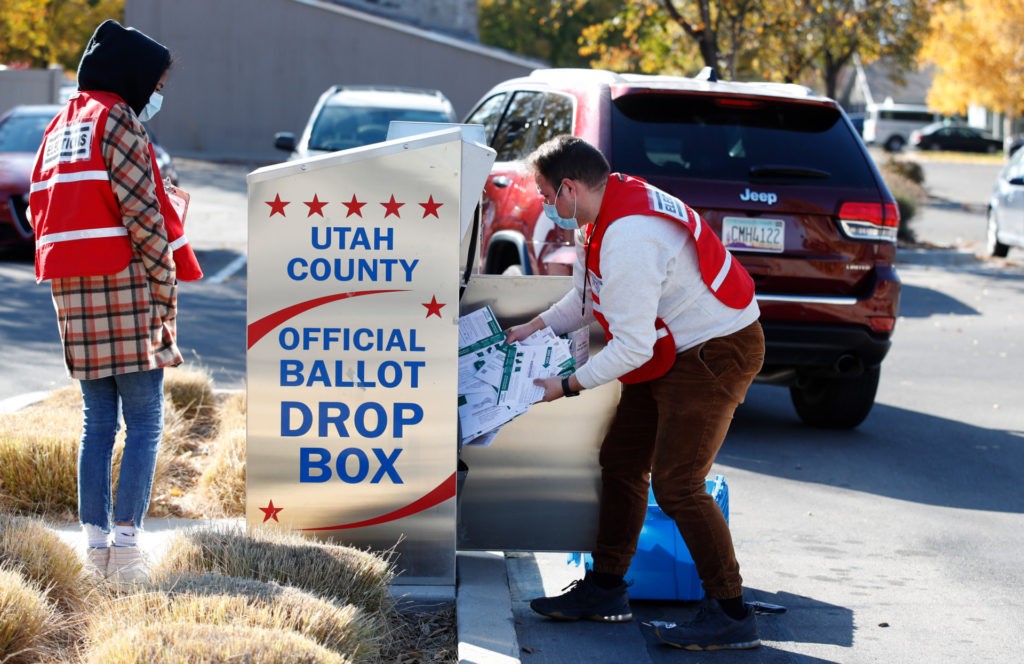 SPRINGVILLE, UT – OCTOBER 26: Utah County Election workers gather ballots from a drop box on October 26, 2020 in Springville, Utah. Utah is one of several states that has recently moved to mail-in ballots for presidential elections. (Photo by George Frey/Getty Images)

From there, the document continues, True The Vote gathered surveillance video on the drop boxes in Georgia and is attempting to gather similar such surveillance video from other states. The document states that True The Vote has obtained one full petabyte of surveillance footage on drop boxes—two million minutes of video—which it says is broken into 73,000 individual video files. The group is expected to begin releasing some of these videos, which purportedly show the same people going multiple times to the same drop boxes, in the coming weeks.

“We are building out video stories and have compiled videos of individuals stuffing ballot dropboxes with stacks of ballots, individuals depositing ballots in multiple dropboxes, unauthorized coordination between government workers engaged in the exchange of ballots, and several other tranches of video that capture unusual patterns such as the wearing of gloves to deposit ballots, taking pictures of ballot deposits, etc.,” True The Vote’s document says.

The group says also that it has at least three teams of analysts combing through the raw data and the surveillance video seeking out individual stories and other trends, and that it has been in contact with federal and state law enforcement in various states on what it has found and determined already.

There are several reasons why this revelation about True The Vote’s effort is significant. First and foremost, these revelations come amid several ongoing so-called “audits” in a number of states like Arizona nationally—the results of the Arizona audit are imminently expected—and other efforts by some allies of former President Donald Trump to continue the push for illuminating what happened in the 2020 presidential election. Most of the aforementioned have either not been fruitful, or perhaps have even damaged the former president’s cause by either not being factual or by being incomplete in their nature or for other reasons which cast doubt on their credibility. This self-described effort from True The Vote could change the discussion by providing proof—complete with cell phone data and surveillance video—of allegedly illegal activity that could lead to much more drastic action by law enforcement or political leaders in these various states.

These revelations could be coming amid a renewed push from national Democrats in Washington, DC, to pass some form or another of a federal election takeover plan – whether it be HR1, S1, or a new push for the John Lewis Voting Rights Act, which was HR4 in the last Congress. So far this year, such efforts by Democrats have failed and stalled out in the evenly-divided U.S. Senate as the filibuster has prevented their passage.