Original article.  Please be informed of the TRUTH of the current administration.  The survival of our country depends upon it. 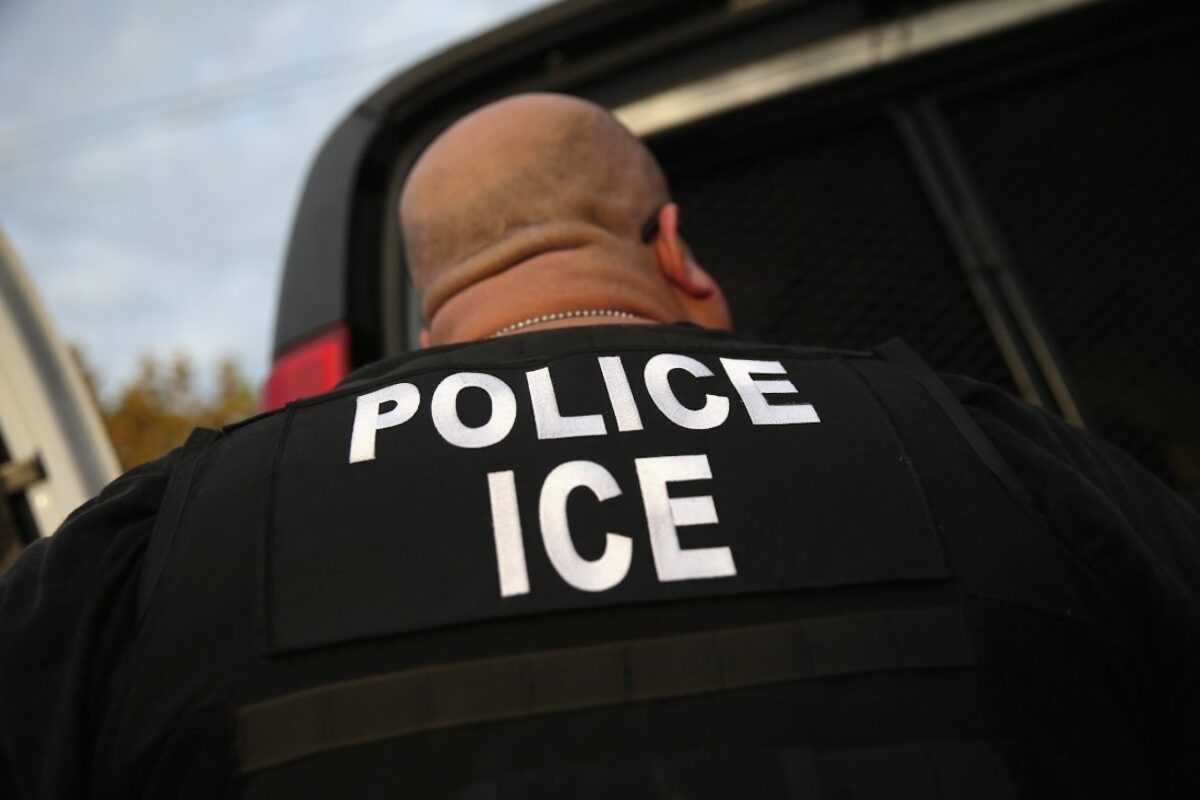 GALVESTON, Texas—A group of sheriffs and active Immigration and Customs Enforcement (ICE) officers have filed suit against the Biden administration for its “unlawful and unconstitutional” requirements regarding the arrest and deportation of illegal aliens.

The plaintiffs are seeking an injunction to a Feb. 18 memorandum that they say “commands ICE officers to violate the specific terms of federal immigration law.”

“The relief we are seeking is that the court order ICE and the Department of Homeland Security to simply follow the law,” lead attorney Kris Kobach said after filing the suit at the Galveston federal courthouse on July 1. “To follow the specific laws … that require them to detain and deport certain illegal aliens.”

The lawsuit (pdf) alleges that “many extremely dangerous illegal aliens who would have been detained prior to the February 18 Memorandum are now not being detained—against the wishes of the ICE officers seeking to detain them, and in violation of federal statutes requiring their detention and/or removal.”

The Department of Homeland Security (DHS) issued interim guidelines on Feb. 18 for handling the arrest, detainment, and deportation of illegal immigrants.

DHS directed ICE officers to focus on only three priority groups of illegal immigrants, including national security threats, such as known or suspected terrorists; those who crossed the border illegally after Nov. 1, 2020; and public safety threats who are convicted of aggravated felonies or gang members.

Part of ICE’s job is to track down and remove the 672,000 fugitives who have been ordered removed by a federal immigration judge but are still in the United States.

But the new DHS directive says that ICE agents must first get clearance from supervisors if they encounter illegal immigrants who aren’t convicted criminals during operations.

The decision of whether to arrest the individual needs to take into account whether the person might be suffering from a serious physical or mental illness, a DHS official said at the time.

“We want [ICE] to think about ties to the community, whether the individual has family here in the United States, U.S. citizen family members, and other considerations,” the official said.

However, ICE reported a record low 2,962 deportations in April, in comparison to an average of 8,634 illegal immigrant deportations per month during fiscal year 2020.

ICE officers have been “rarely granted preapproval for enforcement actions against non-priority aliens,” according to the lawsuit.

“The time-consuming paperwork and the low probability of preapproval being granted have caused many ICE officers not to even attempt seeking preapproval,” the lawsuit reads.

The lawsuit outlines several cases provided via affidavit by ICE officers who were forced to release illegal alien criminals into the community.

In one case, ICE officers sought approval to arrest a twice-deported illegal alien who had been convicted of sexual battery against a child. ICE management denied the request, according to the lawsuit.

In another case, local police initiated the arrest of a twice-deported illegal alien for selling heroin.

“The alien attempted to evade arrest by ramming the police car with his vehicle, nearly hitting an officer who was standing outside the police car,” the lawsuit states.

“The alien was eventually arrested and found to have a quarter of a pound of heroin in his possession, as well as a female and a baby in the back seat of his vehicle.”

ICE officers requested approval to place a detainer on the illegal alien, in order to gain custody once he was released from local custody. ICE management denied the request, according to the lawsuit.

A third case involved an illegal alien arrested by local authorities for the rape of a child. ICE officers sought approval to place a detainer on the illegal alien, in order to detain him upon release from local custody. ICE management denied the request, according to the lawsuit.

The lawsuit says that ICE officers are being forced to choose between following the Feb. 18 memorandum and following federal laws.

“Plaintiffs fear that they will be disciplined or will lose their jobs if they follow the law,” the lawsuit states.

The sheriffs allege in the lawsuit that they’re “no longer able to present illegal aliens arrested for criminal activities to ICE for removal and expect them to be removed.”

“Since all this began six to eight months ago … we’ve seen a drastic increase in human smuggling and what we call foot traffic—those that are walking through the ranches,” Sheriff Brad Coe of Kinney County said outside the federal courthouse in Galveston on July 1. Kinney County shares 16 miles of international border with Mexico.

“As far as jail space, it’s putting a huge dent in my budget. At one time I had up to 18 people in the neighboring county jail. And they were charging me $65 a day per person.”

Kinney County has 14 jail spaces available. Currently, Coe has 18 inmates, which includes six housed in a neighboring jail. Ten of the 18 are charged with human smuggling.

Acting ICE Director Tae Johnson said during a May 13 congressional hearing that the agency’s relationship with the state and local community is “vital in us being able to carry out our important mission.”

“Without their support, it’s very difficult for us to be efficient and effective. So when local jurisdictions do not cooperate, whether that’s in terms of not honoring our detainers, or not letting us in there at their facilities, then it puts ICE in a situation where we actually have to go out into the communities to find individuals that in this case would meet our priority,” she said.

Representatives from the White House, DHS, and ICE didn’t respond to requests for comment by press time.

In fiscal year 2020, ICE’s Enforcement and Removal Operations removed almost 186,000 individuals, of whom 92 percent had criminal convictions or pending criminal charges, according to ICE’s end-of-year report.

The new guidelines place priority on those who have been convicted of an aggravated felony, not those with pending charges.

ICE detention facility capacity has been decreased from 52,000 to 15,000 illegal aliens.