COC was provided this communication sent from Stand Up America a grassroots organization that claims to stand up for voter suppression and to build a more represented democracy, unless you are a conservative or someone with traditional American Values. Resulting form HR1 not passing the Senate, this group is organizing to ‘let the people be heard’.

At COC we believe it is important that groups like this be called out for what they are and that as patriots we are aware of those opposing objectives. 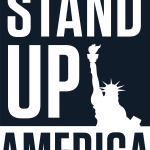 Senate Republicans just undermined our democracy — again. Despite 50 votes in favor of moving the For the People Act to the floor of the Senate, last night they used the filibuster to ensure the bill couldn’t even be debated.

We’re angry, but we’re not surprised. Republicans have been engaged in a racist, systematic attack on our democracy. Across the country, they’ve passed voter suppression bills to make it harder for Americans, particularly Black and Brown Americans to vote, including stringent voter ID laws, needless voter purges, restrictions on mail-in voting, and laws that make it easier for Republicans to overturn the results of a free and fair election.

This fight is far from over. We will not take no for an answer when the freedom to vote for millions of Americans is at stake — and Senate Democrats shouldn’t either. The Jim Crow filibuster is no excuse for inaction. There’s too much on the line.

That’s why we’re joining nationwide Deadline for Democracy protests to ramp up the pressure on the Senate to protect our freedom to vote — and not let the filibuster stand in the way.

Click here to learn more and find your nearest Deadline for Democracy protest. No events near you yet? Sign up for a virtual event in the meantime and check back in a few days.

We know that when we show up across the country next week, we will send a powerful message. We aren’t going away, and we aren’t going to let GOP-led state legislatures undermine our democracy.

Just because the Senate GOP filibustered the For the People Act doesn’t mean we’re done fighting, Donald. In fact, we’re just getting started. Click here to learn more about the Deadline for Democracy protests.

Thanks for standing with us.