Original article.  Don’t they know how they will look when the truth comes out???  Or, are they too lazy to look at the mountains of evidence?
By ProTrumpNews Staff
Published August 14, 2021 at 11:20 am  362 Comments The GOP in Macomb County, one of the largest counties in Michigan, censured three Republican lawmakers.

All three GOP lawmakers served on a senate panel that claimed there was no widespread fraud in Michigan.

The Republican Party in one of Michigan’s largest counties voted Thursday to censure three GOP lawmakers who serve on the Senate panel that found no evidence of widespread fraud in the state’s 2020 election.

The Macomb County party’s executive committee voted unanimously in favor of the resolution, according to Mark Forton, the party’s chairman; Lisa Mankiewicz, the vice chairwoman; and Terence Mekoski, a former GOP state Senate candidate who was at the meeting.

Also at the meeting, the Republicans said, was Matthew DePerno, an attorney from Kalamazoo who has helped lead the effort to question election results. The Senate’s election report accused DePerno of spreading “demonstrably false” information.

The resolution mostly targeted language included in the report which told the Democrat Attorney General to investigate those who questioned the integrity of the 2020 election.

The resolution’s language focused on the committee’s recommendation that Democratic Attorney General of Michigan Dana Nessel investigate individuals who pushed election fraud claims “to raise money or publicity for their own ends,” the Detroit News reported.

“If you are profiting by making false claims, that’s pretty much the definition of fraud,” McBroom said in July.

Back on June 24th, Trump released a statement calling the senate investigation into the 2020 election in Michigan a “cover up.” 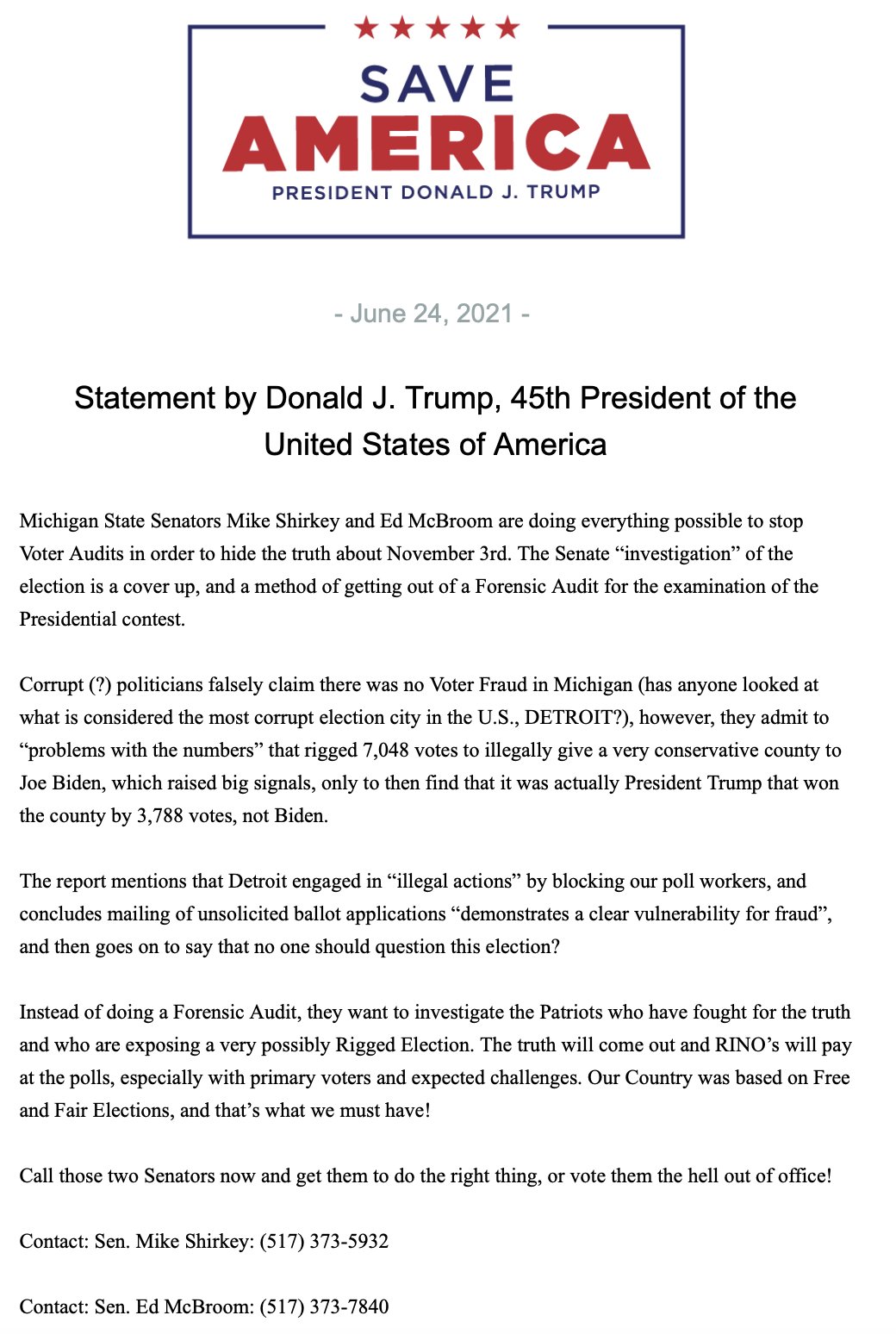 Trump followed up with “Why are RINOs standing in the way of a full Forensic audit in Michigan?”: 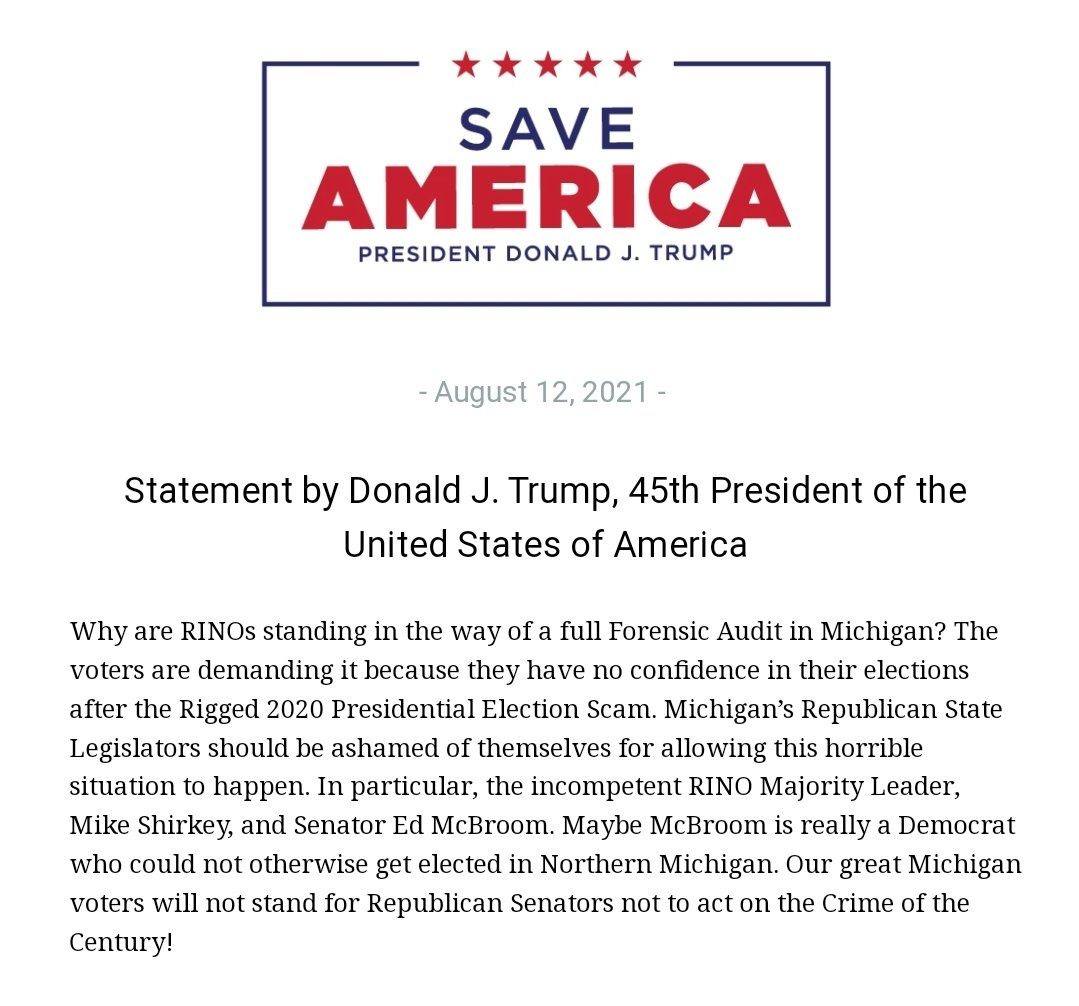 According to the Navarro report, there were 446,803 “possible illegal votes” cast in Michigan.