Multiple prominent Democrats who have been leading the charge against efforts to audit the 2020 election were just exposed for their “extensive collaboration” with one of the Chinese Communist Party’s most influential propaganda groups.

According to an exclusive report by The National Pulse , “NewDEAL Leaders,” a radical-progressive Democrat ‘network’ comprised of state and local elected officials, has repeatedly sent lawmakers on trips to China that were paid for by the CCP, and have essentially been colluding with America’s foremost adversary since at least 2016.

The trips were paid for by funds from the People’s Liberation Army of China, with the express intent to “influence” US policy decisions.

These people are traitors. 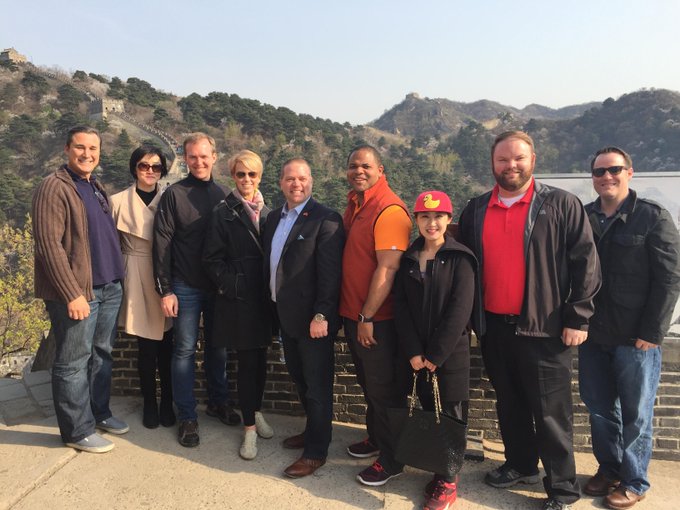 NewDEAL’s purpose is to “identify and cultivate” Democrats who they view as potential “rising stars” in the party, which made members a prime target to be bought off by China as they were fast tracked up the political ladder.

A la’ Eric Swalwell, who was caught, pants-down, with Feng Feng, the Red State Spy.

The propaganda arm they were colluding with – the China-United States Exchange Foundation (CUSEF) – is a “key component” in the CCP’s multi-billion dollar “United Front” project that is meant to “neutralize opposition” and “influence foreign governments to take actions or adopt positions supportive of Beijing’s preferred policies.”

Unsurprisingly, anti-American Democrats were willing to accept that influence and have repeatedly sent their “rising stars” to go learn their talking points and rub elbows with the communist dictators.

The Chinese are notorious for targeting and buying off “(Members of) the Media, key influencers, and opinion leaders” to “effectively disseminate a positive message” about Communism and the CCP. As part of the process, American journalists and lawmakers are given free trips by CUSEF in exchange for their support and “favorable coverage.”

National Pulse listed some of the the sellouts who were confirmed to have made 2 of the trips:

The current and former members of ‘NewDEAL Leaders’ are made up of some of the most influential political voices on the left, including several who have been instrumental in suppressing election integrity efforts surrounding the stolen 2020 election.

In fact, many of them directly oversee voting operations in contested states.

Pennsylvania Attorney General Josh Shapiro, Michigan Secretary of State Jocelyn Benson, and former Maricopa County Recorder Adrian Fontes – who was in place during the 2020 election and is now running for AZ Secretary of State – are all crucial figureheads within the group and have obstructed audits since the beginning.

Who is really controlling these puppets?

Maricopa County Board of Supervisors’ Chairman, Jack Sellers, Has Close Ties with China – Is This Why He’s Fighting So Hard Against the Senate’s 2020 Election Audit in Maricopa County?

‘NewDEAL’ leadership also includes some of the most important “power players” in the fraudulent Biden administration such as Delaware Senator Chris Coons and Representative Marilyn Strickland. The current Secretary of Transportation, Pete Buttigieg, is also a former member.

After the ‘crime of the century’ that enabled these radicals to seize so much power in November, China has now cemented itself within the very top of America’s political leadership, and both sides openly flout the connection.

So much for the 4 years of Collusion Delusion during Trump, China was the one running that sh-t show.