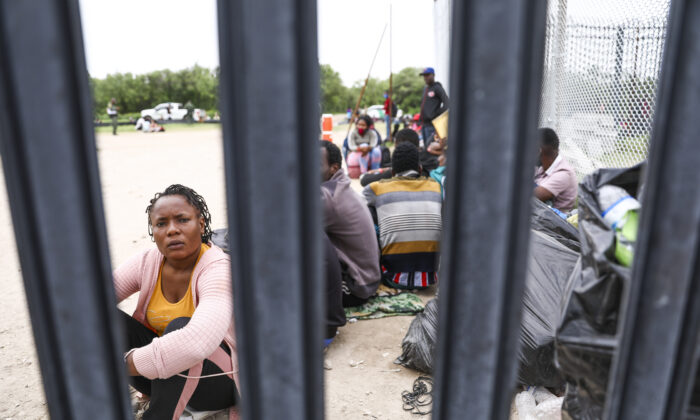 The Supreme Court on Aug. 24 ordered the Biden administration to reinstate the Trump-era “Remain in Mexico” policy, which requires people seeking asylum to wait in Mexico until their case is heard.

The court wrote in an unsigned order (pdf) that the Biden administration failed to show it had not acted in an “arbitrary and capricious” manner when it rescinded the policy, officially called the Migrant Protection Protocols (MPP) program, that started in 2019 under former President Donald Trump’s administration.

The court cited its opinion from 2020 that rejected the Trump administration’s effort to end a separate immigration program, the Deferred Action for Childhood Arrivals (DACA). The court in that decision ruled that ending DACA would be “arbitrary and capricious” and in violation of federal law.

President Joe Biden in January suspended the MPP program, and the Department of Homeland Security (DHS) in June officially terminated the policy, telling employees in a memo it would no longer be enforcing the program.

The move triggered a lawsuit from Texas and Missouri, with the attorneys general arguing that DHS Secretary Alejandro Mayorkas failed to provide “reasoned justification” to suspend the program.

U.S. District Judge Matthew Kacsmaryk, a Trump appointee, subsequently ordered the Biden administration to revive the program, but stayed his ruling until Aug. 21 to provide time for appeal.

A panel for the U.S. Court of Appeals for the 5th Circuit on Aug. 19 rejected the government’s arguments, finding that the ending of the program “has caused an increase in unlawful immigration in Texas” and that Mayorkas did fail to consider several relevant factors, including the benefits of MPP and potential alternatives to the program.

The federal government filed an emergency motion to the Supreme Court requesting a stay, in which the Department of Justice said that the “Remain in Mexico” program “has been formally suspended for seven months and largely dormant for nearly nine months before that.”

Associate Justice Samuel Alito on Aug. 20 temporarily blocked the MPP program’s reinstatement just hours before the policy was set to restart, to allow the Biden administration to file documents and so that the full Supreme Court could consider the application.

The order further reads, “Our order denying the Government’s request for a stay of the District Court injunction should not be read as affecting the construction of that injunction by the Court of Appeals.”

Zachary Stieber contributed to this report.

Mimi Nguyen Ly
REPORTER
Mimi Nguyen Ly is a reporter based in Australia. She covers world news with a focus on U.S. news. Contact her at mimi.nl@epochtimes.com.
MimiNguyenLy
**  End  **