Original article.  Check out the comments there.

A major win for voting integrity laws in the Supreme Court today will enhance the ability of all state legislatures, and further define the parameters and hurdles for lower court activists before they can rule against the rights of states to secure their elections.

The 6-3 ruling (Bryer, Sotomayor, Kagan in dissent) stems from a challenge to the 2016 Arizona election reform that banned ballot harvesting (with some exceptions) and nullified any ballot cast in the wrong precinct.  Democrats and political activists argued the Arizona rules were targeted to restrict minority votes; however, the majority of the court dispatched that argument and went a step further to define how lower courts should approach claims of ‘disparate impact’. 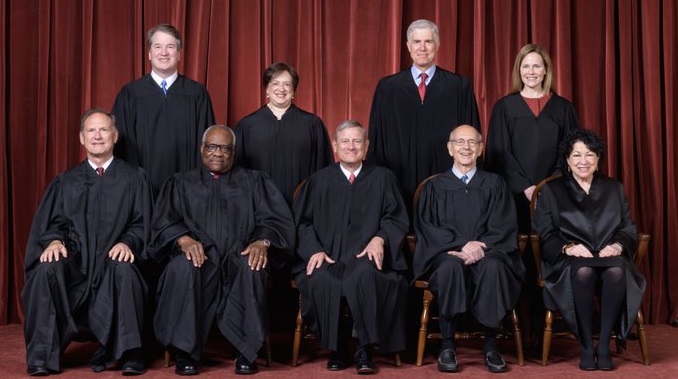 Justice Samuel Alito wrote the decision [pdf available HERE] and strongly defended the ability of states to put voting rules in place that eliminates voter fraud.  Alito concluded the ruling of the majority by stating courts should look at the reason why states want to impose a particular voting rule. Wanting to prevent voter fraud is, Alito made clear, a “strong and entirely legitimate state interest.”

The result is a complete win for the State of Arizona [Brnovich v. Democratic National Committee] and a strong boost for all state legislatures who are currently in the process of creating legislation to combat the voting fraud created by excessive use of mail-in ballots, ultimately the strategy purposefully behind the creation of COVID-19.

SCOTUS BLOG – […] “The Democratic National Committee went to federal court in 2016, arguing that both restrictions violated Section 2 of the Voting Rights Act. The U.S. Court of Appeals for the 9th Circuit agreed, but the Supreme Court decided to review that decision, and on Thursday it reversed.

In his opinion, Alito observed that the Supreme Court has never weighed in on a Section 2 challenge to a law regulating the “time, place, or manner” of voting. Rather, voting-rights advocates have typically used Section 2 to bring “vote-dilution” lawsuits – challenges to redistricting maps that are alleged to dilute minorities’ voting power.

The “core” of Section 2, Alito emphasized, is the “requirement that voting be ‘equally open.’” And the determination of whether voting is “equally open” to all, he added, should be made taking all of the circumstances into account.  (continue reading)

Democrats and the installed current occupant of the White House, a cognitively declining figurehead who benefited from wholesale voter fraud and mail-in ballot manipulation, are apoplectic at the decision by the supreme court. Joe Biden issued a statement criticizing the supreme court’s decision to uphold two voting restrictions in Arizona.

“I am deeply disappointed in today’s decision by the United States Supreme Court that undercuts the Voting Rights Act, and upholds what Justice Kagan called ‘a significant race-based disparity in voting opportunities,’” the installed executive decried.   The people behind the installation shake their fists because the court’s decision comes as various state legislators are making it much more difficult to cheat.   [White House Statement HERE] 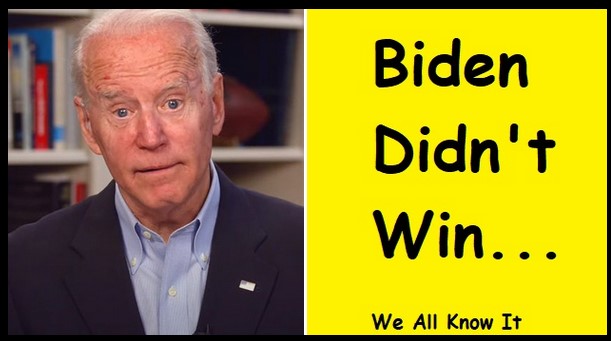