Original Article.  Check out the remarks there and make your own.

Beyond the insanity of the U.S. southern border being unsecured, many people wonder how this entire logistical process is funded.  The answer is quite simple; within every federal spending and appropriation bill there are carve-outs for various segments of the process.

The Department of Homeland Security and Department of Health and Human Services receive hundreds of billions in supplemental appropriation funding from within each federal spending package.  Each of the COVID relief bills contained money to facilitate various elements of this process.  Federal housing grants, food assistance programs, education funding, employment and income assistance, all of it, every single spending package, contains funding mechanisms to support the border invasion.

This is one of the largest private-public partnerships in the entirety of U.S. government.  The religious or ‘faith-based’ immigration groups are also fuel for the problem. In the past 15 to 20 years illegal immigration and refugee settlement has been financially beneficial for every supportive Non Governmental Agency (NGA).

Tonight on Fox News, Tucker Carlson addressed part of the process, the logistics of moving almost 200,000 illegal aliens around the country every month.  WATCH:

Slight quibble, the Biden administration has not “lost control” of the border.  Illegal immigration is not an accident, a mistake, or any form of ineptitude. Nothing about this is unintentional {Go Deep}, we have tracked this for years.

The process of fundamentally transforming the United States of America, per Barack Obama statement, is exactly this mass illegal migration process.   The Biden administration has full control over the border, every crossing is purposefully accepted as part of the operational goal.

There is no greater disconnect between DC and taxpaying Americans as the policy positions of Democrats and Republican in Washington DC surrounding illegal immigration.  If congress really wanted to stop it, they could easily defund it.  They don’t. 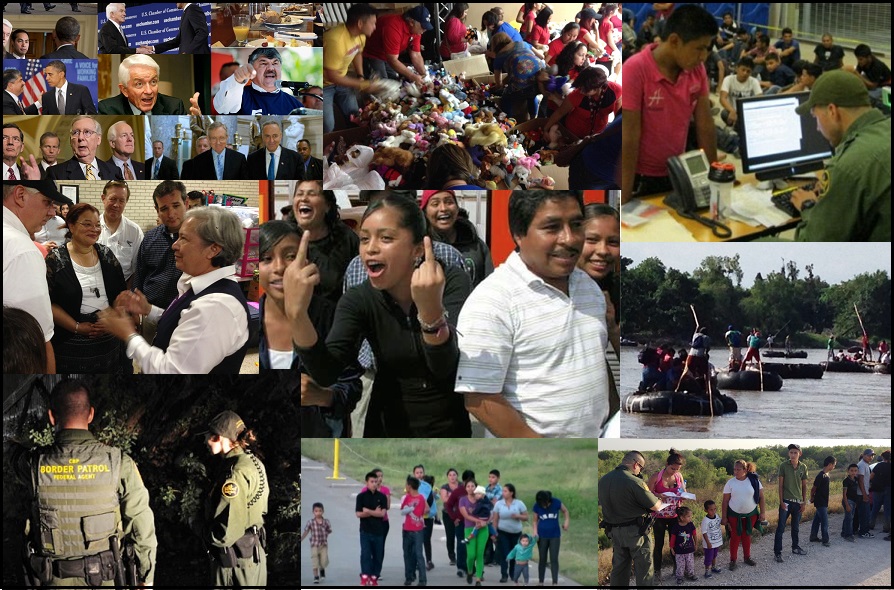