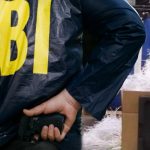 general election, then where was the  FBI in enforcing election integrity?

Watch the video, or read the analysis from the American Thinker.

And what happened in Georgia?  Should violation of chain of custody also involve the FBI for this investigation?

Another fascinating compilation of videos containing all sorts of evidence identifying people and possible criminal activity can be found in Unmasked, Truth about the 2020 Election.  After watching this short, 16 minute video it will become clear that an investigation in many places is warranted, especially when you understand ballot and election laws that exist on a federal level, such as chain of custody and ballot abuse laws.   Election workers in this film can be clearly seen breaking laws and rules, even admitting to it verbally.

Problems with election integrity has been known for decades.  Those who would like to cheat fight hard to prevent election integrity supporters from teaching others about our election rights and laws.  True the Vote is one such organization.  Founded in 2009 by Catherine Englebrect, the organization started gaining traction across the US with its online trainings for election workers and voting laws.  Once it was recognized as an effective vehicle for enforcing free and fair election laws, the organization as well as its founder found itself in the crosshairs of full throttled federal push back.  In 2014 Catherine Englebrect testified before congress  that she has been a target because of her political beliefs, and her interest in election integrity.

Click the link above to watch her 2014 testimony, or read about it here.

It is time to restore fair and equal enforcement of our laws.