To read the full document AZ-Mafia-Dossier-12.6.20.  This post has been updated with a more recent article on Marco A. Lopez Jr. at the end.

Named the “Arizona Mafia” in an article that ran July 19, 2013 in the Arizona Capitol
times, an official newspaper of record in Phoenix Arizona. The “Arizona Mafia” is a group of
about 20 political operatives loyal to former Arizona Governor/Obama DHS Secretary Janet
Napolitano.
The “Arizona Mafia” started out as somewhat of a “joke name” when it was first used to
describe Napolitano’s group in D.C. under Obama (2008-2009). However, over the years the
name has become more appropriate.
The summary herein, complied from publicly available information, describes Napolitano’s
“Arizona Mafia”, their strong connections to the ultra-corrupt Mexico-PRI political party,
and the “Arizona Mafia’s” influence over Arizona Governor Doug Ducey.
Conclusion:
Doug Ducey hopes to cash in for millions of $$, after he is done being Governor of Arizona,
through his involvement in the new “SkyBridge Arizona” “international port” currently
being developed at Mesa Gateway Airport in Arizona.
Ducey has not disclosed to the people of Arizona that “SkyBridge Arizona”, which
he has endorsed, is financed by figures associated with the highly corrupt Mexico-
PRI political party and their frontman in Arizona, Democrat Marco A. Lopez Jr., who
serves as Senior Advisor to Mexico’s Carlos Slim, and who is a close business partner of
Cindy McCain. 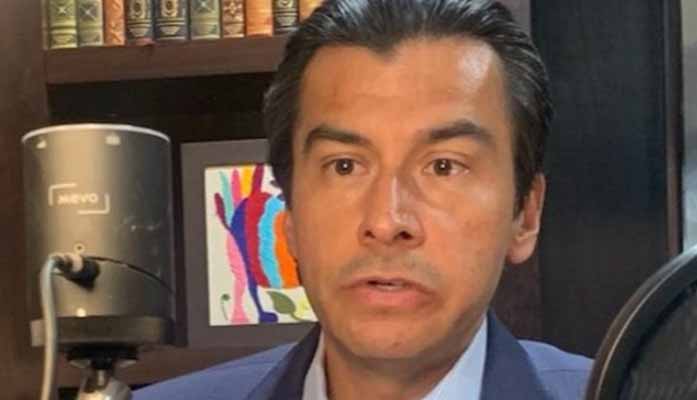 A progressive Phoenix-based nonprofit announced it would invest $10 million in Arizona to rally the Latino voter base for the upcoming midterm elections. The nonprofit, Chicanos Por La Causa (CPLC), announced the $10 million campaign last Thursday.

As reported, Lopez’s company received $35,000 from the construction conglomerate for several months of work on former Mexican President Enrique Peña Nieto’s 2012 campaign. The $35,000 had ties to a $3 million bribe from a shell company trading campaign money for public works contracts. A shell company from Peña Nieto’s former campaign lieutenant gave a payout to Lopez from the millions afforded by the bribe money.

Lopez denied any wrongdoing. He indicated that his opponent, Secretary of State Katie Hobbs, was behind the investigative reports.

Lopez wasn’t the only controversial face present. Progressive nonprofits Mi Familia Vota (MFV) and Promise Arizona (PAZ) were there as well: they’re helping the CPLC initiative. The nonprofits aim to increase Arizona’s Latino voter base by a minimum of two percentage points, from around 14 to 16 percent.

PAZ has recently recovered from connections to a different scandal. Former State Senator Tony Navarrete (D-Phoenix) served as their deputy director for a decade, up until his arrest for molestation. Navarrete faces seven felony charges. According to their leadership, Navarrete apprised the nonprofit of relevant legislation.

According to the Census Bureau’s latest population estimates, about 32 percent of Arizona’s population is Hispanic or Latino: around 2.3 out of the 7.3 million people in the state.

During the 2018 midterms, there were over 3.7 million registered voters with nearly 65 percent voter turnout.

As of January, Arizona listed over 4.35 million registered voters: 34.5 percent Republican, nearly 31.4 percent Democratic, and over 33.3 percent “other.” Less than one percent registered as Libertarian.