Cyber Ninjas Could Not Confirm the Accuracy of 284K Votes 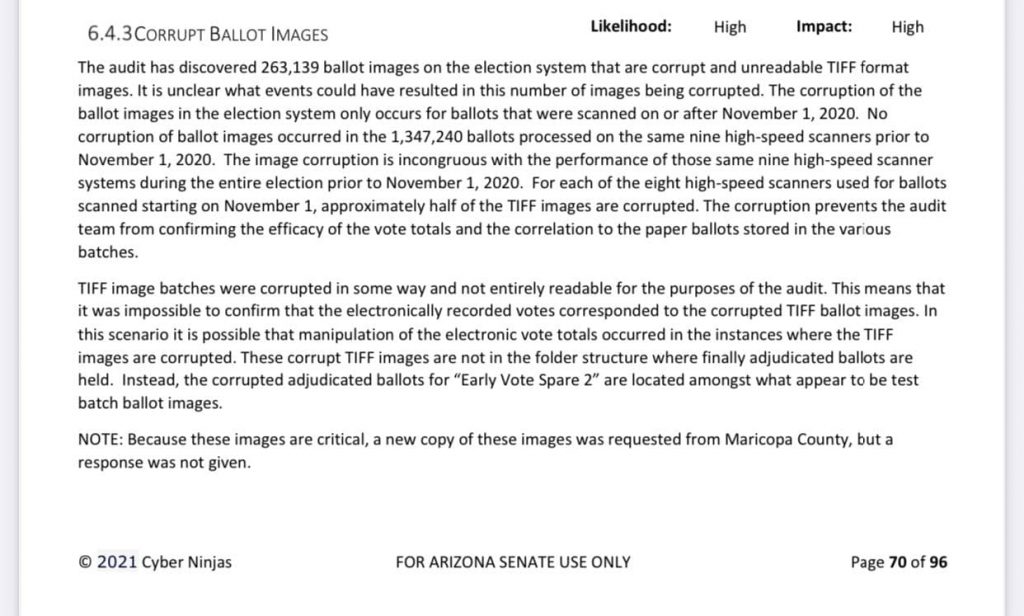 Nearly 300K suspiciously corrupted/missing ballot images, evidence that the EMS was connected to the internet, and the deletion of the GE results database and thousands of security log files (https://t.me/LibertyOverwatchChannel/5578) the day before the audit began make a compelling case for the cover-up of electronic vote manipulation.